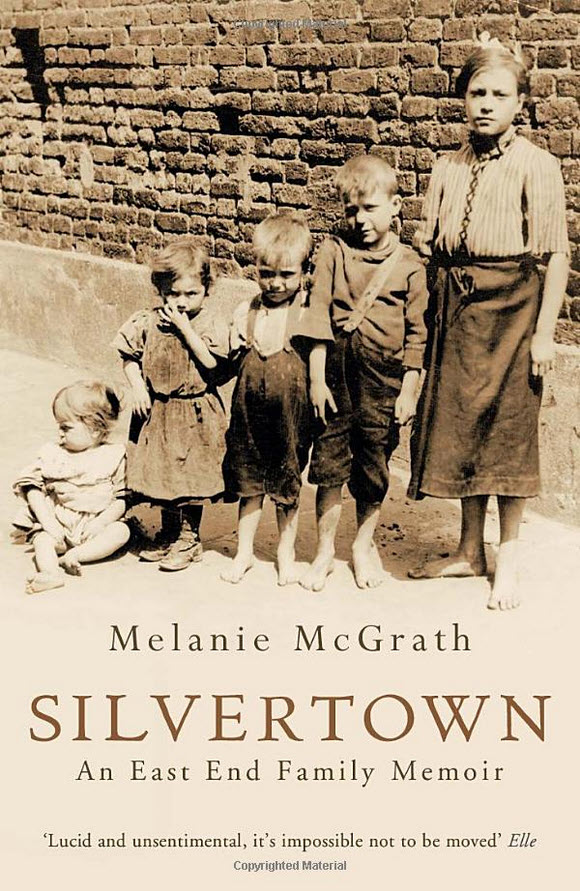 This is a no holds barred history of Melanie’s grandmother Jenny Page who was born in the East End and lived there through WW2. It doesn’t hold back on the detail of her hard life, working in the sweatshops and later in her husband’s café on the docks.  Len Page would probably have called himself a self-made man and took full advantage of the illegal opportunities that war gave him. The book also tells the story of Jenny’s parents; her father Frenchie worked in the Docks where work was hard and unreliable.

I could smell, taste, and hear the atmosphere, particularly on the docks and around the area of the Tate and Lyle factory.

It’s a must for anyone interested in researching their family born and living in this part of London.

McGrath writes for several newspapers, is a regular radio broadcaster, and has been a TV presenter and producer.