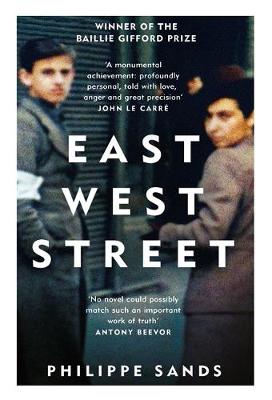 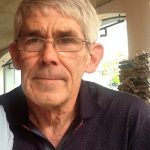 East West Street is the best book I read in 2018, and it’s on the shelves of the Beacon Villages Library in Ivinghoe.

You might initially mistake it for a wartime thriller, with a Shakespearean twist. A mysterious woman from Norfolk travels to Vienna in the summer of 1939 to pick up a one year old child and deposit her in Paris.

Two eminent lawyers study in the law faculty in an obscure town in Poland, then the Ukraine, with a bit of an identity crisis. It has four different names (the last is Lviv) in the course of half a century.

25 years later the two men came together at the Nuremberg trials, prosecuting the Nazi commandant who ruled over that piece of Poland where they studied, murdering thousands of their countrymen and women.

In the course of the trial one of the prosecutors unveiled a concept he personally developed, that of crimes against humanity; the other outlined the theory he, quite independently, had been developing, the crime of genocide. So two near neighbours and former students from the same university had come up with two of the foundation stones of international law

And the little girl from Vienna? She was only the mother of the author, Philippe Sands, who had kept a silence worthy of the Sicilian mafia until he persuaded her to reluctantly give him just enough detail to send him fact-finding around Europe. The result is this wonderfully-researched, gripping and very readable book, the very opposite of the dry, legal treatise the subject matter might suggest.

It’s a book about coincidence, dogged determination and the triumph of human will and decency in the face of inhumanity and evil.